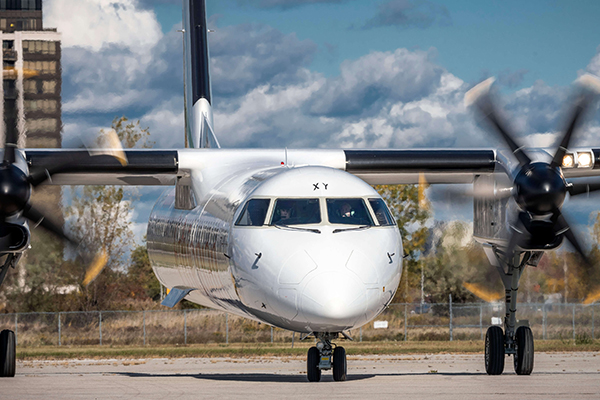 Work at De Havilland Canada
We’re hiring across the company, from seasoned executive leadership to your first step into the exciting world of aviation.

Learn where you fit in >> 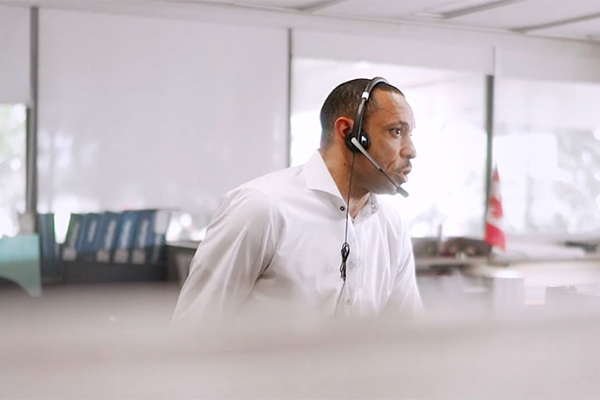 Sales & Support
Whenever you need us, our team is available through local representatives worldwide and at our headquarters based in Canada. 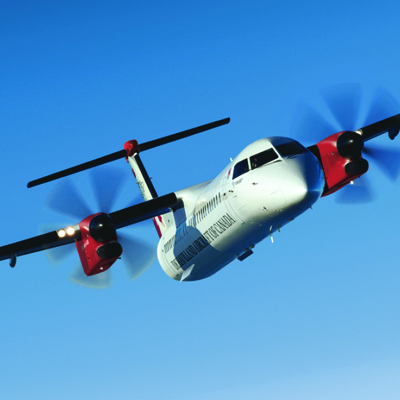 Building on the success and popularity of the Dash 8-100/200/300 aircraft, the Dash 8-400 entered into service with significant enhancements including new engines, a modernized cockpit, and improved aerodynamics.

With superior performance characteristics, the Dash 8-400 can operate in challenging conditions including on unpaved runways, in hot and high environments, and in remote communities where airport infrastructure may be lacking. It also offers 40% more range and 30% faster cruise speeds compared to conventional turboprops, making it the most productive turboprop on the market. Since its launch, more than 620 Dash 8-400 aircraft have joined the fleets of over 70 owners and operators worldwide. 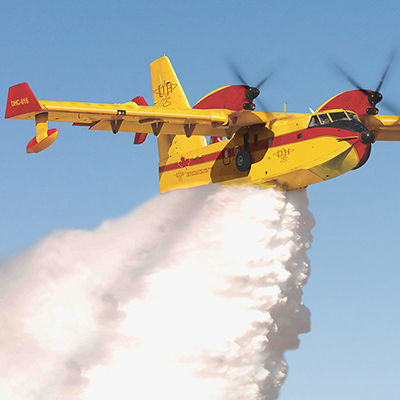 The DHC-515 FIREFIGHTER™ is a new production amphibious firefighting aircraft developed by De Havilland Canada. Building on the exceptional operational capability of the CL-415, this next generation aircraft offers significant benefits to operators, including design changes that incorporate new materials, and corrosion protection to reduce maintenance costs. For today’s and future navigational standards, it offers a complete upgrade of the flight deck with an advanced avionics suite, delivering world class reliability, enhanced safety, and unrivaled situational awareness.

Backed by De Havilland Canada’s global support network, the DHC-515 FIREFIGHTER™ is ready for firefighting duty in every corner of the world.

Connect with us to learn more about the DHC-515 FIREFIGHTER >> 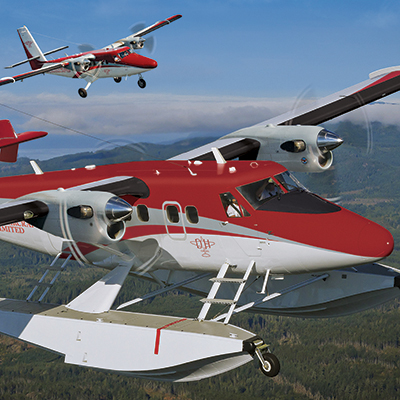 The De Havilland Canada Twin Otter is a twin turboprop utility aircraft that has built its reputation as a safe and dependable workhorse throughout its 50-year history. The Twin Otter Series 400, the latest generation of this iconic aircraft, marries a modern avionics suite with a rugged airframe that has proven its reliability through decades of operation on all types of terrain and in some of the world’s most unforgiving environments. With flexible interior options that can quickly be reconfigured, the Twin Otter Series 400 is equally at home transporting VIPs, moving cargo, conducting medivac operations, performing special missions, or carrying passengers in its standard, 19-seat layout.

Connect with us to learn more about the Twin Otter >>

Be part of something amazing.

If you want a fulfilling career with an established aviation company that’s a proud symbol of Canadian innovation and achievement, De Havilland is a place to grow in Calgary, Toronto and Victoria. 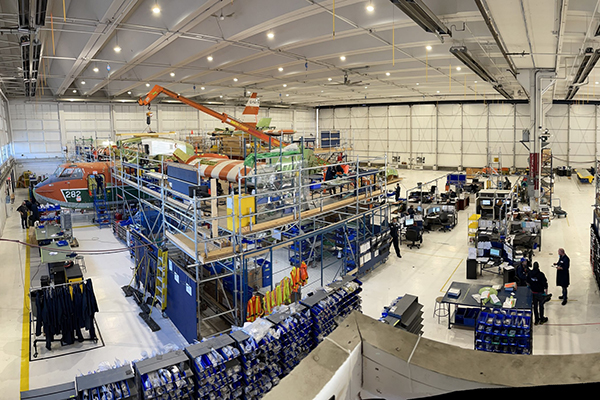