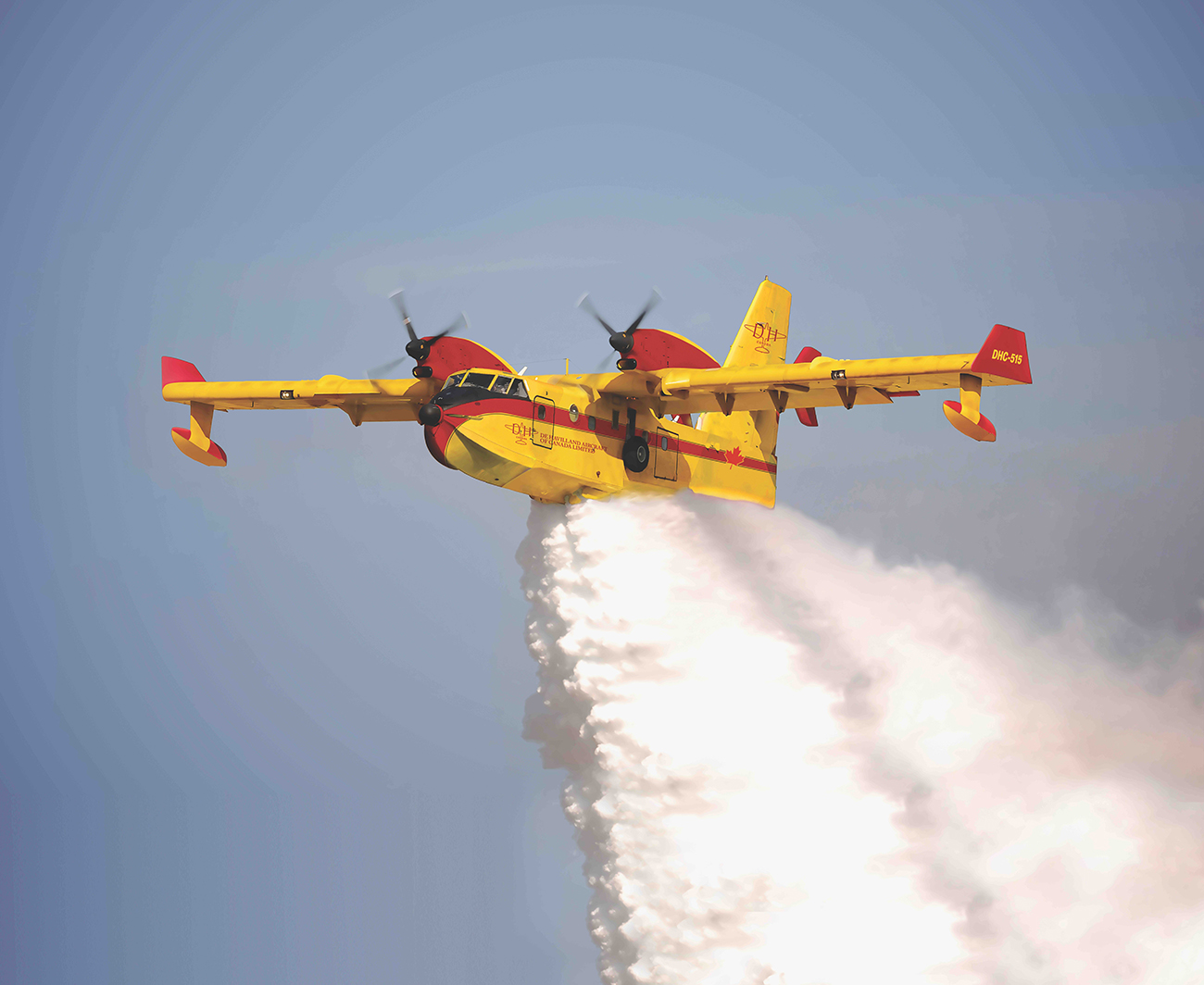 “After an extensive business and technical review, we are pleased to announce that we have launched the De Havilland DHC-515 Firefighter program, which will involve negotiating contracts with our European customers and ramping up for production,” said Brian Chafe, Chief Executive Officer of De Havilland Canada.

The DHC-515 Firefighter will build on the history of the iconic Canadair CL-215 and CL-415 aircraft which have been a critical part of European and North American aerial firefighting fleets for over 50 years. Important upgrades are being made that will increase the functionality and effectiveness of this legendarily rugged firefighting aircraft.

European customers have signed letters of intent to purchase the first 22 aircraft pending the positive outcome of government-to-government negotiations through the Government of Canada’s contracting agency, the Canadian Commercial Corporation (CCC). De Havilland Canada expects first deliveries of the DHC-515 by the middle of the decade, with deliveries of aircraft 23 and beyond to begin at the end of the decade, providing other customers the opportunity to renew existing fleets or proceed with new acquisition opportunities at that time.

De Havilland Canada acquired the Canadair CL program in 2016 and has been contemplating a return to production since 2019. The new DHC-515 Firefighter matches the other aircraft in the De Havilland fleet in terms of lifespan, ruggedness and Canadian aerospace engineering quality. The final assembly of the aircraft will take place in Calgary, Alberta where work on the CL-215 and CL- 415 aircraft currently takes place. It is anticipated that more than 500 people will need to be recruited over the coming years to successfully deliver this program.

“To bring the DHC-515 into production is important for not only our company, but countries around the world who rely on our aircraft to protect their people and forests,” said Chafe. “We understand the important role the previous aircraft have played in protecting people and property and as our climate continues to change and summers increase in both temperature and length, the DHC-515 will be an important tool for countries around the globe to use in putting out fires."

“Today’s announcement is an example of the Canadian Commercial Corporation (CCC) supporting Canadian innovators to scale up, reach new markets, and have a positive global impact. Not only is this great news for Canadian exports, but for all the countries that will benefit from its technology advancements and world-class solutions.” – Honourable Mary Ng, Minister of International Trade, Export Promotion, Small Business and Economic Development.

“As the effects of climate change continue to impact countries around the world, CCC and the Government of Canada are proud to stand with De Havilland Canada in providing this world class solution to our EU partners and allies. We look forward to supporting DHC as other governments wishing to procure these next generation aerial firefighting aircraft come forward.” – Bobby Kwon, President and CEO of the Canadian Commercial Corporation (CCC).

“De Havilland Canada’s investment in Alberta represents a new era of diversification and economic growth in Alberta. With the hundreds of jobs being created by the DHC-515 being manufactured here, the sky is the limit for job creation in our aerospace industry.” – Jason Kenney, Premier of Alberta.

FOR NON-MEDIA AND CUSTOMER INQUIRIES : DHC-515@dehavilland.com

1. Latest in the line of Canadair amphibious aircraft that have continuously set the global standard in aerial firefighting for over half a century.

2. Perfectly equipped to attack today’s wildfires that are more erratic and prevalent due to climate change.

4.Delivers the highest quantity of water into the fire-zone per day (nearly 700,000 L), more than twice as much as its nearest competitor.

5. Refills its tanks in 12 seconds, from nearby fresh or saltwater sources including rivers, small lakes, and oceans, while land-based aircraft must return to airport after each drop.

6. Has a high-lift wing and turboprop engines with instant thrust, each allowing for safer operation in mountainous terrain and the ability to drop close to fire with superior precision.

7. Performs in high winds typical with megafires, capable of refilling in rough waters with waves up to two meters caused by those winds.