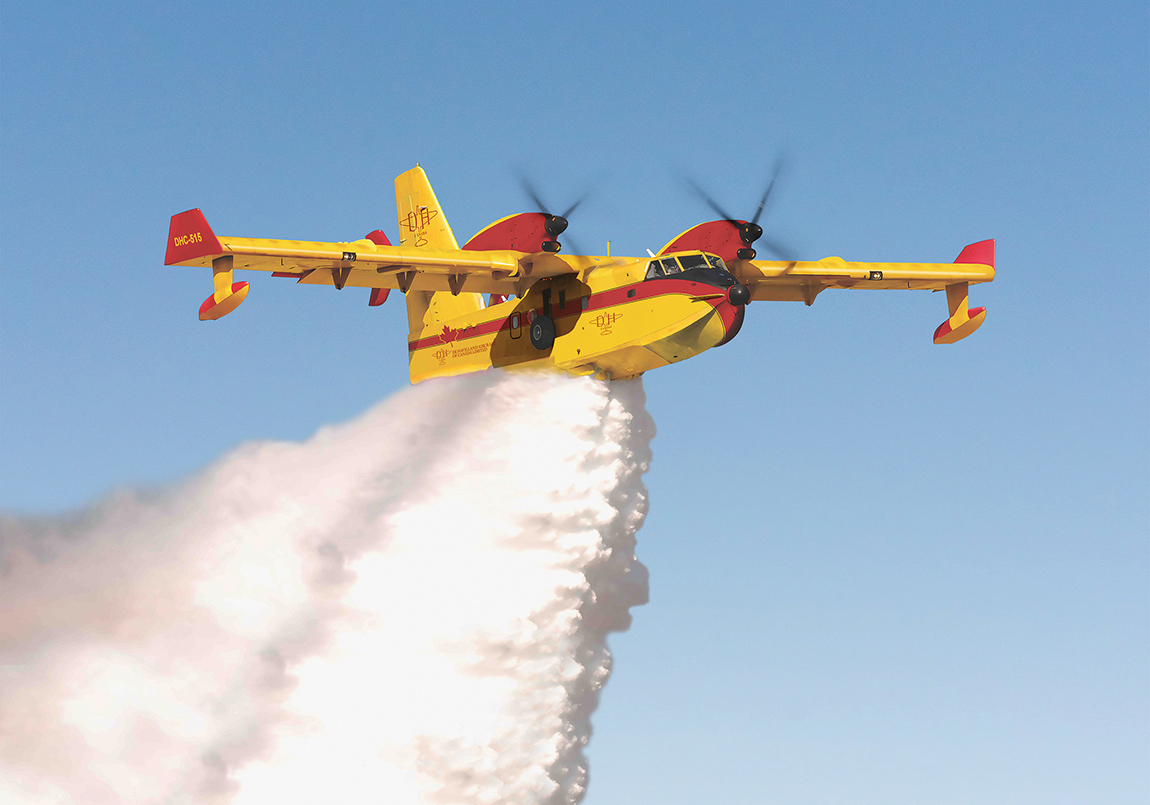 Calgary, Alberta, June 1, 2022 – De Havilland Aircraft of Canada Limited (“De Havilland Canada”) is pleased to announce the successful first flight of the Avionics Upgrade Program for CL-215T, CL-415 and CL-415 EAF aircraft occurred on May 30, 2022, in Abbotsford, British Columbia. The new avionics package integrates a state-of-the-art Collins Aerospace Pro Line Fusion® flight deck that is proven and in use by civilian and special mission aircraft around the world.

“We are extremely excited about the successful test flight of the Collins Pro Line Fusion® flight deck in a CL-415 aircraft,” said Jean-Philippe Côté, Vice-President Programs, De Havilland Canada. “We are looking forward to Transport Canada certification in the coming months and beginning the installation of new avionics suites on the CL-215T, CL-415 and CL-415 EAF flight decks shortly thereafter.”

“Cascade Aerospace was very pleased to commence the De Havilland Canada CL-415 AUP flight testing this week,” said Kevin Lemke, Executive Vice President and Chief Operating Officer, Cascade Aerospace. “This is a major milestone in the program to upgrade the CL-415 and CL-215T aircraft with an operational enhancement solution that is absolutely state of the art and will keep those fleets effective for decades. I am very proud of the work completed over the past two years by the Integrated Product Team of De Havilland Canada as the OEM, Cascade as the Integrator and Collins Aerospace as the Avionics Suite provider. This successful start to flight test now moves us forward into the final program phase of test and certification.”

This new avionics suite has been purposely designed and customized for the aerial firefighting missions. It will also be installed in the recently launched DHC-515 Firefighter aircraft. With Collins Pro Line Fusion® flight decks installed in CL-215T, CL-415, the CL-415 EAF and DHC-515 Firefighters, customers will be able to have crews move seamlessly between aircraft as they will have a common cockpit experience across their fleet.

“We believe that the ability to operate with common flight decks across our family of aircraft is a significant benefit for our customers,” said Côté. “Training and spare parts management will be improved for customers that choose to install the Collins Pro Line Fusion® avionics suite across their entire fleet.”

De Havilland Canada is currently exhibiting at the 2022 CANSEC Trade Show in Ottawa, Canada and would be pleased to introduce new or existing customers to the Collins Pro Line Fusion® avionics suite.

About De Havilland Aircraft of Canada Limited
With more than 5,000 aircraft delivered, De Havilland Aircraft of Canada Limited (De Havilland Canada) is well established across the globe and our talented team of aviation professionals is dedicated to advancing our near-100-year reputation for excellence in innovation, production and customer support. Our aircraft operate reliably in some of the world's harshest climates and provide vital connections between rural communities and urban centres – transporting essential cargo and millions of passengers annually. Our aircraft also support a wide variety of special mission operations including aerial firefighting, search and rescue, medical evacuation, reconnaissance and coastal surveillance. In February 2022, De Havilland Canada became the operating brand for the companies that previously operated as Longview Aviation, Viking Air Ltd, Pacific Sky Training and De Havilland Canada. https://dehavilland.com