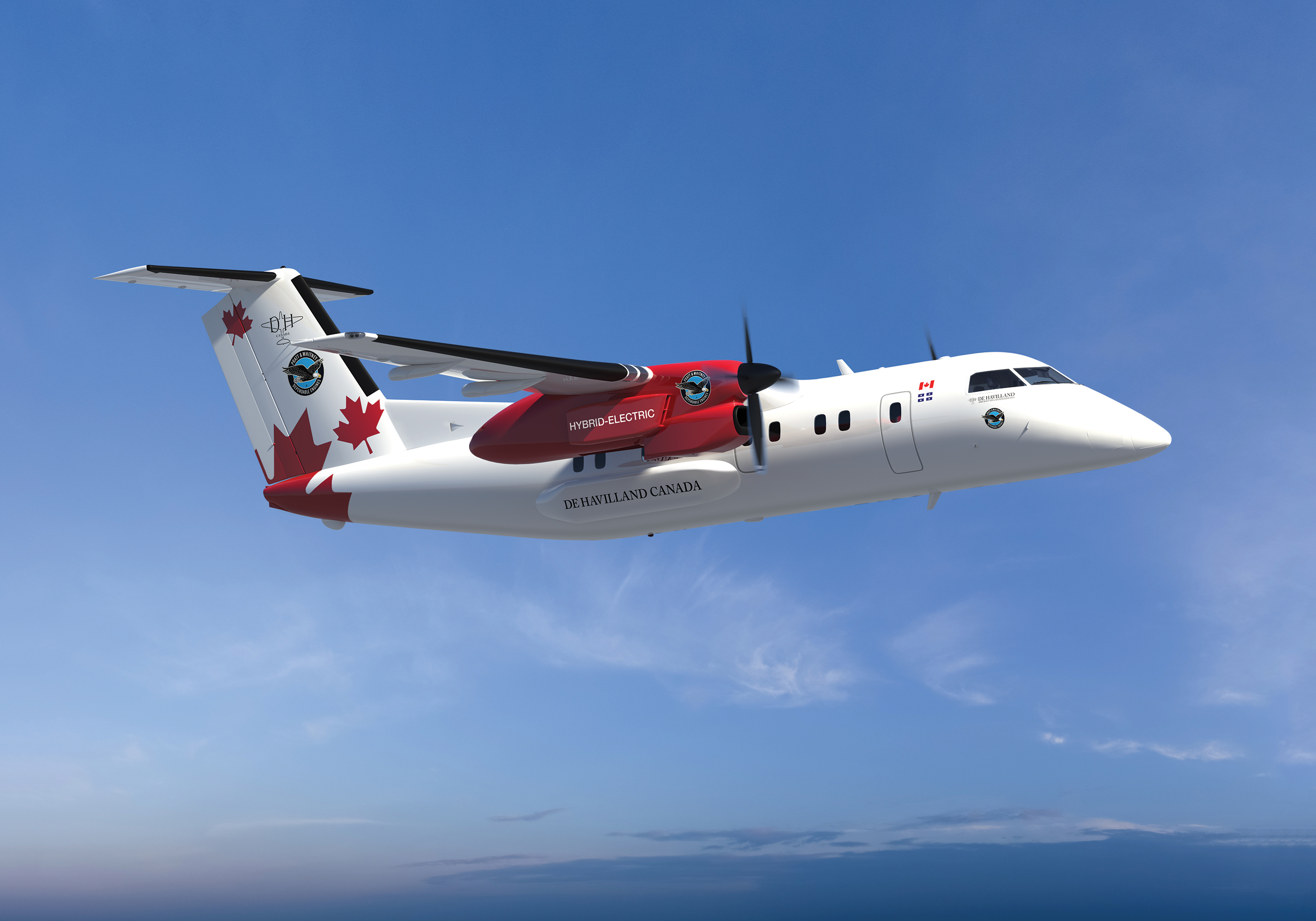 The new hybrid-electric propulsion technology will drive significant improvements in aircraft efficiency by optimizing performance across the different phases of flight, allowing the demonstrator to target a 30% reduction in fuel burn and CO2 emissions, compared to a modern regional turboprop airliner. P&WC will target ground testing in 2022, leading to flight testing of the Dash 8-100 demonstrator in 2024.

“Pratt & Whitney Canada is proud to be part of Canada’s green recovery plan and to be collaborating with De Havilland Canada in the development of the hybrid-electric propulsion technology by utilizing a Dash 8-100 regional aircraft as our flying demonstrator,” said Maria Della Posta, President, Pratt & Whitney Canada. “Hybrid-electric technology holds considerable potential to drive the next step-change in efficiency for aircraft engines, while contributing to the development of the industry’s workforce, economic growth and innovation.”

“Canada has an opportunity to demonstrate environmental leadership in the aviation sector,” said Dave Riggs, Chief Transformation Officer, De Havilland Canada. “De Havilland Canada has a legacy of innovation that has supported aviation in Canada and around the world for more than 90 years and we are immensely proud to be the first manufacturer of regional aircraft supporting the development of hybrid-electric propulsion technology. We look forward to collaborating with Pratt & Whitney Canada and governments in Canada to further the development of alternative, climate-friendly aircraft that hold much potential to contribute to more sustainable aviation.

“The robust and proven airframe of the Dash 8-100 provides a reliable platform to support the development of Pratt & Whitney Canada’s new hybrid-electric propulsion technology and we anticipate that the technology will be scalable for operation on larger Dash 8 aircraft models as well. Our collaboration with Pratt & Whitney Canada is well aligned with other significant investments being undertaken by De Havilland Canada to ensure that Dash 8 Series turboprops are positioned to continue supporting commercial aviation, cargo transport and missionized operations well into the future. Ultimately, our innovations, upgrades and modifications across the platform will provide continued reliable, safe and comfortable service for Dash 8 passengers, lower costs for our operators and greater sustainability for our industry,” added Mr. Riggs.

De Havilland Canada’s Dash 8 aircraft are recognized for their industry-leading credentials on sustainability and the company is ensuring that the aircraft continue to deliver their well-known fuel efficiency, low noise footprint and low carbon impact on the environment. De Havilland Canada’s teams are excited about the ongoing research and development efforts to decarbonize aviation and are participating in numerous investigations regarding the development of new propulsion technology options that will likely shape the future of aviation. De Havilland Canada is uniquely positioned to participate in this green journey by leveraging the unique capabilities of the company’s aircraft platforms in the zero emissions challenge. The company has had discussions with many parties on the “greening” of aviation and is keen to see its products fulfill their potential for decades to come.

De Havilland Canada’s portfolio includes support to the worldwide fleet of Dash 8-100/200/300/400 aircraft, as well as production and sales of the Dash 8-400 aircraft. With its low carbon footprint and operating costs, industry-leading passenger experience and jet-like performance, the Dash 8-400 aircraft, which seats up to 90 passengers, is the environmentally responsible choice for operators seeking optimal performance on regional routes. https://dehavilland.com