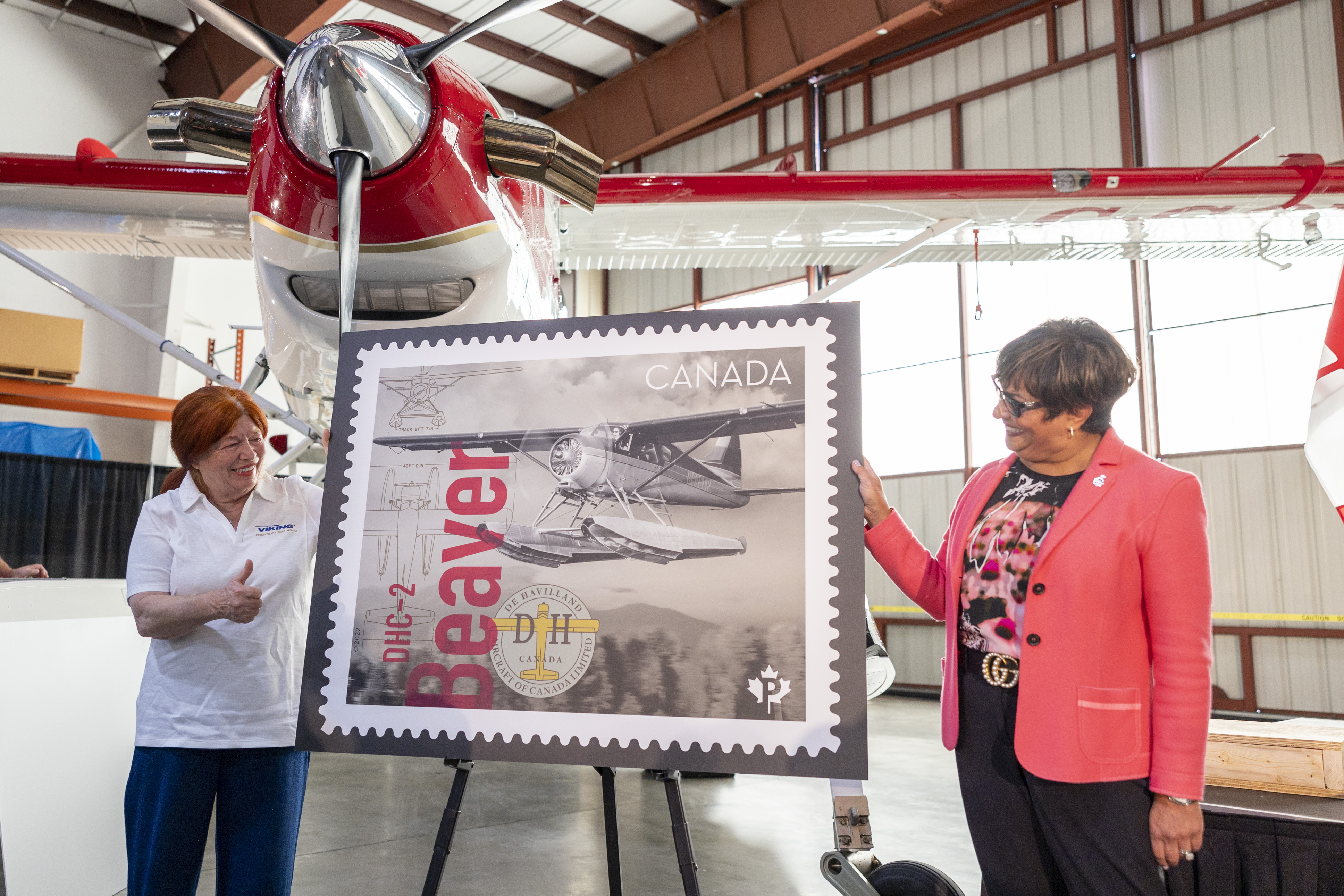 Canada Post explained its selection of the iconic DHC-2 Beaver this way:

The Beaver is considered the best bush plane ever built and was named one of Canada’s top 10 engineering achievements of the 20th century. The all-metal plane’s short takeoff and landing capability – along with its ability to be fitted with wheels, floats or skis – made the Beaver ideal for accessing and connecting remote areas of the country.

“We are honoured that Canada Post has chosen the DHC-2 Beaver to be part of this new series celebrating achievements in Canadian aviation,” said De Havilland Canada CEO, Brian Chafe. “This is a special day for our company and for the people whose lives have been improved by this amazing aircraft over the past seven and a half decades, with many more to come.”

The new stamps will be available at postal outlets across Canada starting Monday, October 17, with pre-sales beginning today at www.canadapost.ca.

Some key facts about the DHC-2 Beaver: