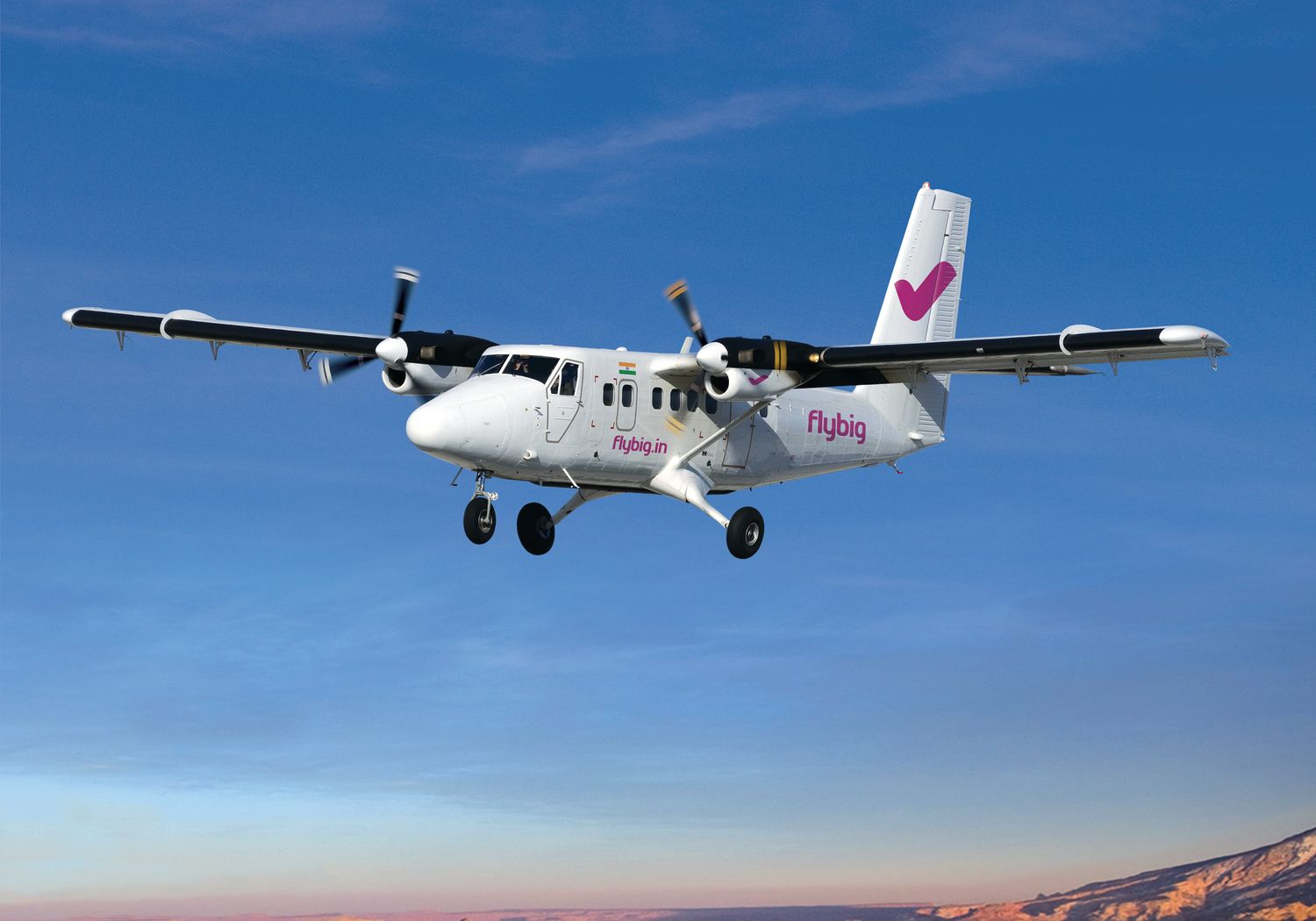 Toronto, March 24, 2022 – De Havilland Aircraft of Canada Limited (“De Havilland Canada”) announced today that Big Charter Private Limited has signed a Letter of Intent to purchase up to ten new Twin Otter Series 400 aircraft for operation by its promoted airline, flybig. The companies will work towards a definitive purchase agreement that would include five firm-ordered aircraft and options for another five.

"In conjunction with the UDAN initiative, the Indian Government’s recently released policy to assist in serving small and remote communities, flybig’s goal is to provide connectivity to communities that were not previously accessible by air,” said Captain Sanjay Mandavia, Chairman and Managing Director, flybig. “De Havilland Canada’s Twin Otter Series 400 is the right aircraft for our operations because of its proven record for safe, reliable operations and its versatility -- including the capability to land on land or water.”

“We are very excited to be working with flybig to connect underserved destinations that currently rely on inconvenient and inefficient modes of transportation,” said Philippe Poutissou, Vice President, Sales and Marketing, De Havilland Canada. “It is always a source of pride when De Havilland Canada aircraft are selected by a new operator and we welcome this opportunity to work with flybig to increase connectivity across India.”

The Twin Otter has earned a reputation around the globe for its versatility and reliability in a variety of extreme environments. From executive and private travel, to commercial operations in some of the most challenging conditions on earth, the number of operators and breadth of industries supported by the Twin Otter are a testament to its flexibility and durability.

The Twin Otter also boasts unrivaled versatility within each of its many operational applications. As a regional connectivity transportation solution, it is used worldwide for island hopping and commuter travel, offering flexible quick-change interior options in its configurable 19-passenger cabin.