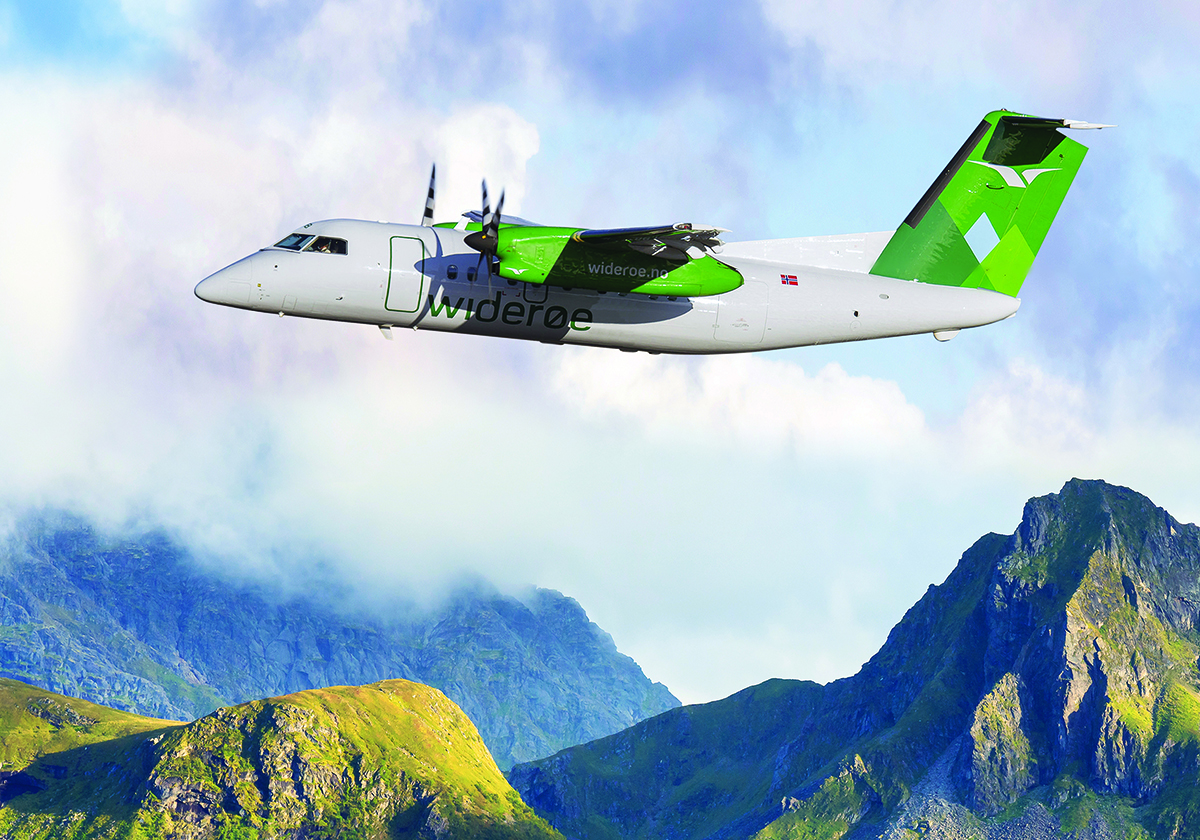 Launch customer Widerøe signs up to increase the service life of ten Dash 8-100 aircraft to 160,000 flight cycles with options for another ten 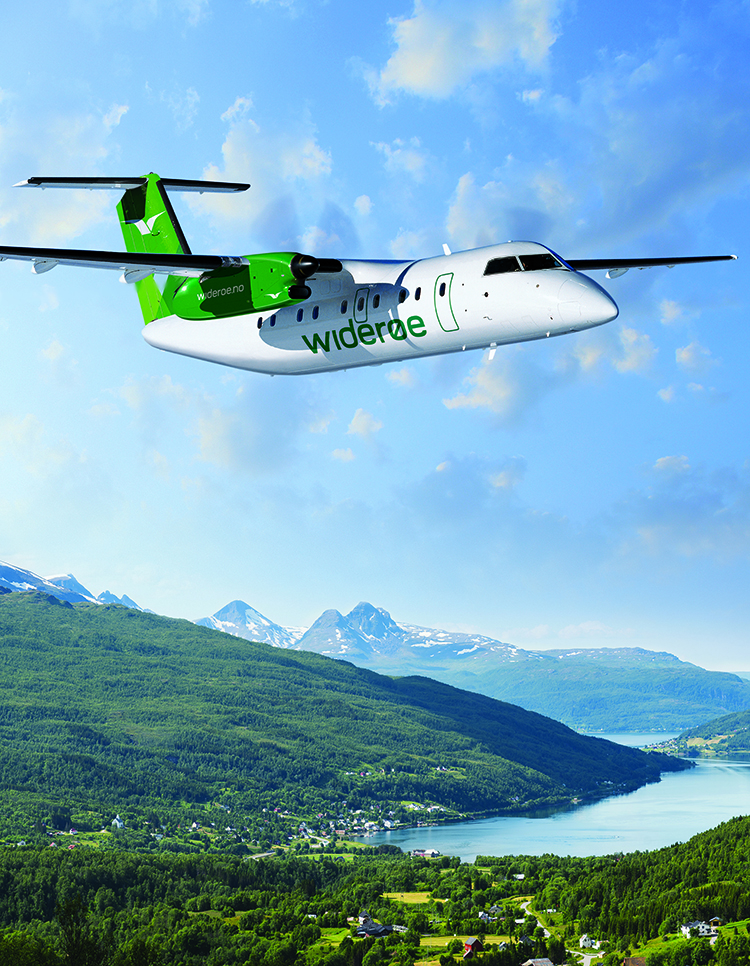 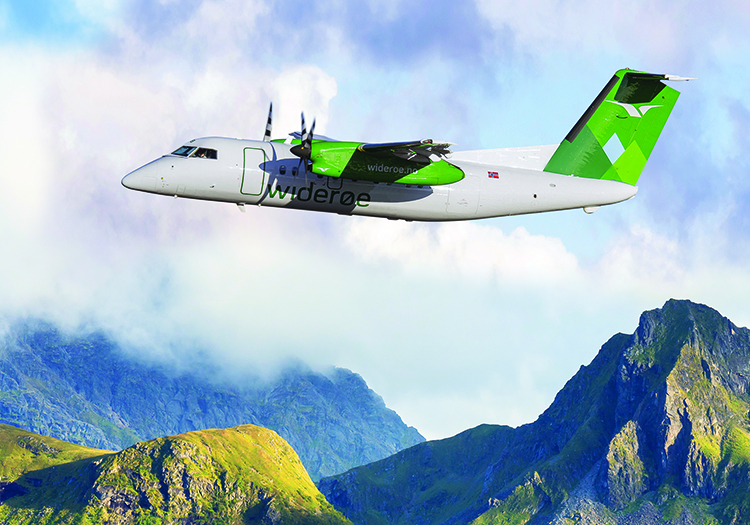 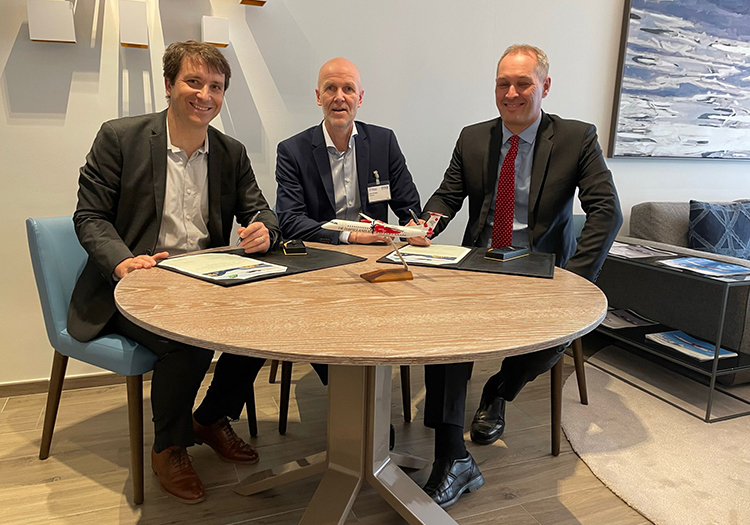 Toronto, April 4, 2022 – De Havilland Aircraft of Canada Limited (“De Havilland Canada”) announced today that Widerøe Asset AS (“Widerøe”) of Norway has signed an agreement to incorporate De Havilland Canada’s Extended Service Program PLUS (“ESP PLUS”) on ten Dash 8-100 aircraft operated by Widerøe’s Flyveselskap AS. Widerøe has also booked ESP PLUS options for another ten Dash 8-100 aircraft. Under the ESP PLUS agreement, the service life of the robust Dash 8-100 aircraft will be increased to 160,000 flight cycles. The aircraft previously underwent an ESP to increase their service life from the original 80,000 flight cycles to 120,000.

“Our Dash 8-100 aircraft have proven to be exceptionally valuable assets in our fleet and once again we are very pleased to work with De Havilland Canada to extend their service life,” said Werner Skaue, Director Aircraft Trading, Widerøe Asset AS. “Since 2009, when we helped launch the program, we have utilized the Extended Service Program on 20 of our Dash 8-100 aircraft and the aircraft continue to prove their durability, reliability and cost-effectiveness in supporting our demanding operations -- especially in the challenging climate of northern Scandinavia. The Program is vital to bridge the transition between conventional and new technology, and will ensure continuous service of the Norwegian STOL network until zero emission technology is available for entry into service.”

“Our Extended Service Program, which takes the Dash 8-100 aircraft from 80,000 to 120,000 flight cycles, allows owners and operators alike to derive additional economic benefits from their aircraft, and now our Extended Service Program PLUS, which takes the aircraft to 160,000 flight cycles, provides even more value,” said Robert Mobilio, Vice President Engineering, De Havilland Canada. “Combined, our two Extended Service Programs add another 30 to 40+ years to the operational life of Dash 8-100 aircraft – that’s double the original service life of the aircraft.  This is undeniably an industry first that reinforces De Havilland Canada’s long heritage of building aircraft that stand the test of time and provide exceptional value to owners, operators and the communities that rely on the connectivity they provide.

“I would like to thank the teams at De Havilland Canada and at our launch customer Widerøe for their tremendous contributions in the development of these programs,” added Mr. Mobilio.

The ESP PLUS is the result of several structural and engineering analyses that utilized fatigue and test data accumulated on Dash 8-100 aircraft along with service data analysis on the current ESP Program. The ESP PLUS is initiated through a Service Bulletin that refers to a new Maintenance Program Supplement. Widerøe will incorporate the Service Bulletin and Maintenance Program Supplement and arrange for the replacement of some structural and systems components as identified by the Service Bulletin.

About Dash 8 Series Aircraft
The original De Havilland Canada Dash 8-100/200/300 aircraft, delivered from 1984 through the mid 1990's, established themselves as rugged and reliable turboprop aircraft. Capable of outstanding take-off and landing performance, even on unprepared airstrips, these aircraft are ideal for use by airlines operating in the high-frequency, short-haul regional airline environment. Subsequent deliveries of Dash 8 aircraft provided operators further refinements that included the Active Noise and Vibration Suppression (ANVS) system for jet-like comfort.

The original Dash 8 aircraft has grown into a family of 37- to 90-seat Dash 8 aircraft that offers models – including the technologically advanced Dash 8-400 turboprop – to profitably fit any regional airline mission. The flexibility of the aircraft has also resulted in their adaptation for a wide variety of non-airline roles such as cargo operations, medical evacuation, corporate transport, airways and navigation aid calibration, navigator training, maritime patrol and aerial firefighting.

With more than 1,300 aircraft delivered, Dash 8 turboprops continue to provide exceptional operating costs coupled with the benefits of commonality within the Dash 8 family of aircraft.

About De Havilland Aircraft of Canada Limited
With more than 5,000 aircraft delivered, De Havilland Aircraft of Canada Limited (De Havilland Canada) is well established across the globe and our talented team of aviation professionals is dedicated to advancing our near-100-year reputation for excellence in innovation, production and customer support. Our aircraft operate reliably in some of the world's harshest climates and provide vital connections between rural communities and urban centres – transporting essential cargo and millions of passengers annually. Our aircraft also support a wide variety of special mission operations including aerial firefighting, search and rescue, medical evacuation, reconnaissance and coastal surveillance. In February 2022, De Havilland Canada became the operating brand for the companies that previously operated as Longview Aviation, Viking Air Ltd, Pacific Sky Training and De Havilland Canada. https://dehavilland.com