"From a lessor's point of view, we see the focus from De Havilland Canada as a very strong value lever for the Dash 8-400 aircraft," said Anas Bennani, Managing Director, Palma Holding Limited. "The value of the asset not only comes from its outstanding operational flexibility, passenger amenities, and low environmental footprint, but also the focus of the De Havilland Canada sales and support teams on this product. We are confident that De Havilland Canada's renowned manufacturing expertise will only enhance the future of this aircraft program as we look ahead at developing new airline customer relationships."

"We are very encouraged by Palma's Letter of Intent to purchase 20 Dash 8-400 aircraft, especially as it comes so soon after the transition of the Dash 8 aircraft program to De Havilland Canada," said Todd Young, Chief Operating Officer, De Havilland Canada. "The Dash 8-400 aircraft has been proving itself in the Middle East and Africa for quite some time and we feel that we are on the brink of even greater success as we continue to work with lessors such as Palma to support the development of the region's air transportation networks.

"The Dash 8-400 aircraft has the largest passenger capacity of any turboprop in production today and offers more versatility as demonstrated through the wide range of missions it supports successfully – from missionized operations such as firefighting, cargo-combi operations with 50-seat aircraft, dual-class service, and Low Cost Carrier (LCC) operations with the 90-seat variant. All of these applications can be deployed in the diverse operational environment across the Middle East and Africa," added Mr. Young.

With its acquisition of the Dash 8 aircraft program, Longview Aviation Capital has proudly relaunched De Havilland Canada, one of Canada's most iconic brands. De Havilland Canada's portfolio includes sales and production of the Dash 8-400 aircraft, one of the world's most important commercial aircraft, as well as support for the worldwide fleet of Dash 8-100/200/300/400 aircraft. The company is committed to maintain the brand's 90-year-old reputation for expertise, excellence and reliability in its manufacturing and commercial operations, and through its global network providing customer services and support. Increasingly, the company is focused on the cost competitiveness of aircraft across their lifespan. 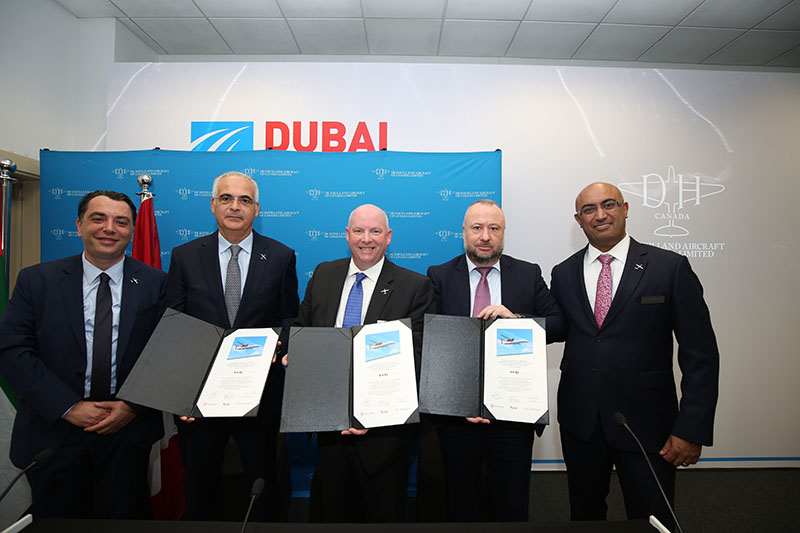