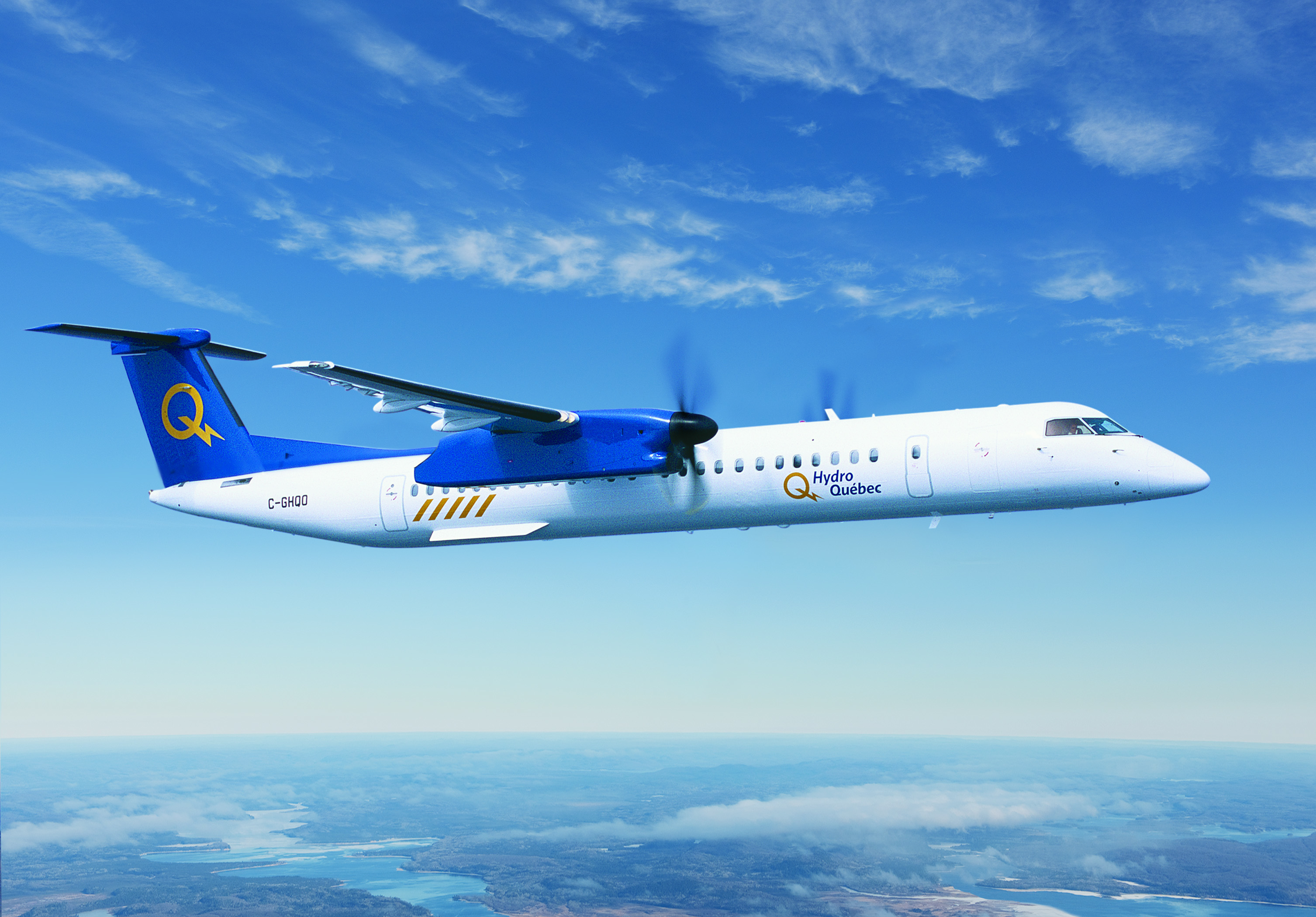 RAY delivers high-frequency UVC light that destroys up to 99.9% of pathogens - including the COVID-19 virus. The use of UVC light reduces the need for frequent chemical-based disinfection that could impact aircraft interior surfaces and sensitive equipment, and leave residues that may come into contact with passengers and crew. The payback period for RAY is less than 12 months and operators will see significant savings compared to when using chemical disinfectants. In collaboration with De Havilland Canada, RAY has been optimized for use on the Dash 8 Series aircraft.

“With the COVID-19 pandemic surging on, it is important that we utilize effective and efficient disinfection techniques to ensure a pathogen-free cabin. We believe that RAY will be beneficial to our operation while providing a high level of confidence to employees who fly on our Dash 8 shuttle to the hydro-electric generating sites,” said René Collin, Manager – Air Transport, Hydro-Québec.

“Rapid, consistent, and chemical-free disinfection of air and surfaces is vital for employee and passenger safety in the fight against pandemics,” said Arash Mahin, Chief Executive Officer, aero hygenx. “We are mindful of the industry's economic challenges and are confident that RAY will deliver significant cost savings for aircraft operators from the onset. We are grateful and fortunate to have the support of De Havilland Canada, an aviation industry visionary, in helping us adapt RAY to assist the industry in these challenging times.”

“The completion of development and testing of an innovative, chemical-free disinfection method at a rapid pace is a testament to the agility and versatility of the aero hygenx and De Havilland Canada teams who worked alongside each other to adapt RAY to cater to regional aircraft operations,” said Robert Mobilio, Vice President, Engineering and Quality, De Havilland Canada. “The vision was to create a solution that would provide immediate benefits to the entire regional aviation industry during the ongoing pandemic, as well as in the post-pandemic era where enhanced disinfection is expected to be a mainstay. Hydro-Québec is a highly accomplished, long-standing Dash 8 operator and we are happy to have them on board as launch customer for RAY.”

Optimized for use on Dash 8 Series aircraft, RAY has a compact body while still delivering the required UVC dosage and 360° coverage throughout the cabin, lavatories and crew area. The disinfection procedure between flights on Dash 8 Series aircraft can be completed in under five minutes, and no time is required to allow chemicals to dissipate before crew and passengers can board the aircraft, as is the case when chemical disinfection methods are used. Data analysis and reporting is available via the cloud-based HygenX Stream.

About aero hygenx
aero hygenx is headquartered in Ottawa, Canada, where it has developed and manufactures its revolutionary autonomous UVC robot called RAY. Its founders and executives have a passion for the aviation industry and a combined 80+ years of experience in safety and quality management, airline operations, software, electrical engineering and electromagnetics. The company’s vision is to instill confidence in passengers to travel again and set a new precedent in the transportation disinfecting industry. www.aerohygenx.com

About De Havilland Aircraft of Canada Limited
De Havilland Canada’s portfolio includes support to the worldwide fleet of Dash 8 Series aircraft (Dash 8-100/200/300/400 aircraft), as well as production and sales of the Dash 8-400 aircraft. With its low carbon footprint and operating costs, industry-leading passenger experience and jet-like performance, the Dash 8-400 aircraft, which seats up to 90 passengers, is the environmentally responsible choice for operators seeking optimal performance on regional routes. De Havilland Canada is a part of the Longview Aviation Capital family of companies. https://dehavilland.com.