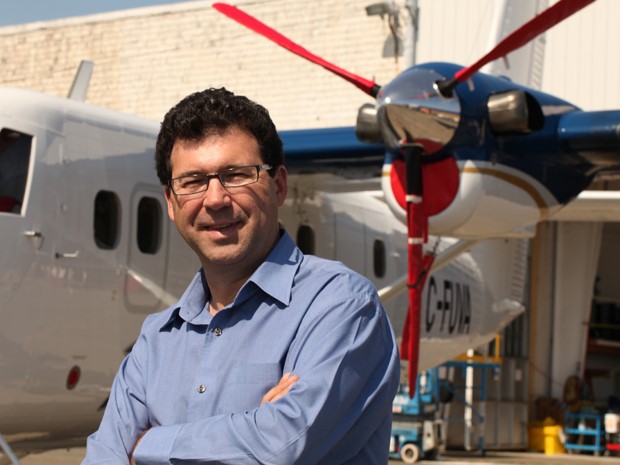 SIDNEY, BC, June 16, 2021– Longview Aviation Capital Corp., manager of a portfolio of long-term investments in the Canadian aerospace industry including De Havilland Aircraft of Canada and Viking Air Ltd., today announced that David Curtis will be retiring as Executive Chairman, effective August 1, 2021.

Mr. Curtis began his tenure with Viking in 1983, becoming President and CEO in 1991. Under his leadership, Viking grew to become a prominent global specialty aircraft company, and the only company to successfully re-launch an out-of-production aircraft, bringing the Series 400 Twin Otter back into production in 2010. He was also instrumental in executing the vision to build a leading Canadian aerospace enterprise, including spearheading the acquisitions of the CL-215/415 waterbomber program in 2016, and the Dash 8 aircraft program in 2019, bringing together the entire original product line of the De Havilland aircraft company. Today the combined enterprise operates manufacturing and aircraft service support in locations across Canada, and in addition to the De Havilland Type Certificates also holds the Shorts Skyvan, 360, 330 and Sherpa family of aircraft.

“Dave has been the leader of a great Canadian success story, and leaves behind an amazing legacy in the global aerospace industry,” said Bill Sheffield, speaking on behalf of the Board of Directors of Longview Aviation Capital. “He has overseen the evolution of this business from a small Vancouver Island-based service company into a global leader in specialty and turboprop aircraft, with an iconic portfolio of aircraft, and a stable foundation based on diverse revenue streams. Our aviation business has a bright future, and is well positioned to remain at the forefront of the industry as the world emerges from the effects of the pandemic. On behalf of the Board, and our employees, we thank Dave for his many contributions, and wish him well in his richly deserved retirement.”

“It has been a true privilege to work alongside the women and men who have made, and continue to make, our portfolio what it is,” said Mr. Curtis. “I joined Viking because of my passion for aviation, and I am proud that our companies have contributed to the development of the Canadian aerospace industry. I am most proud that our team has helped demonstrate that with vision, commitment and spirit even small companies working outside the limelight can take on the world and accomplish big things.”

Added Mr. Curtis: “The time is right to turn over leadership to a new generation of visionaries. This organization has all the qualities necessary to lead the post-pandemic industry, including talented people, great assets, and a committed owner with a long-term perspective. With the industry in the midst of a transition, it is an excellent time for renewed leadership with a focus on charting the future for these great aircraft programs.”

As it pursues the opportunities of a transitioning industry, David Riggs will lead the business having been appointed Chief Transformation Officer of the entire aviation enterprise including De Havilland and Viking. Mr. Riggs has served as Chief Transformation Officer of De Havilland since June 2020 and has a long track record in the aviation industry, including consulting to Viking on the restart of production of the Twin Otter. Don Boitson, currently Chief Operating Officer responsible for Western Canada operations, will take on that role for the entire enterprise including the Viking and De Havilland operations, reporting to Mr. Riggs. Todd Young, who has more than 30 years of experience with De Havilland aircraft, will provide additional support as an advisor to the management team. An international search is underway for a new Chief Executive Officer for the combined aviation enterprise. The Board will seek a proven leader to focus on growing the aircraft businesses, founded on a commitment to customer service and a passion for strengthening De Havilland as an anchor of the Canadian aerospace industry. More details on the search will be available in the coming weeks.

De Havilland Canada’s portfolio includes support to the worldwide fleet of Dash 8-100/200/300/400 aircraft, as well as production and sales of the Dash 8-400 aircraft. With its low carbon footprint and operating costs, industry-leading passenger experience and jet-like performance, the Dash 8-400 aircraft, which seats up to 90 passengers, is the environmentally responsible choice for operators seeking optimal performance on regional routes. https://dehavilland.com.

Longview, through its subsidiaries, holds the Type Certificates for the entire product line of the original De Havilland aircraft company including the DHC-1 through DHC-8, as well as the CANADAIR CL-215, CL-215T, and CL-415 aerial firefighting aircraft, and the Shorts Skyvan, 360, 330 and Sherpa family of aircraft. Longview’s subsidiaries operate manufacturing and aircraft service support in locations across Canada, including Victoria, Calgary and Toronto.