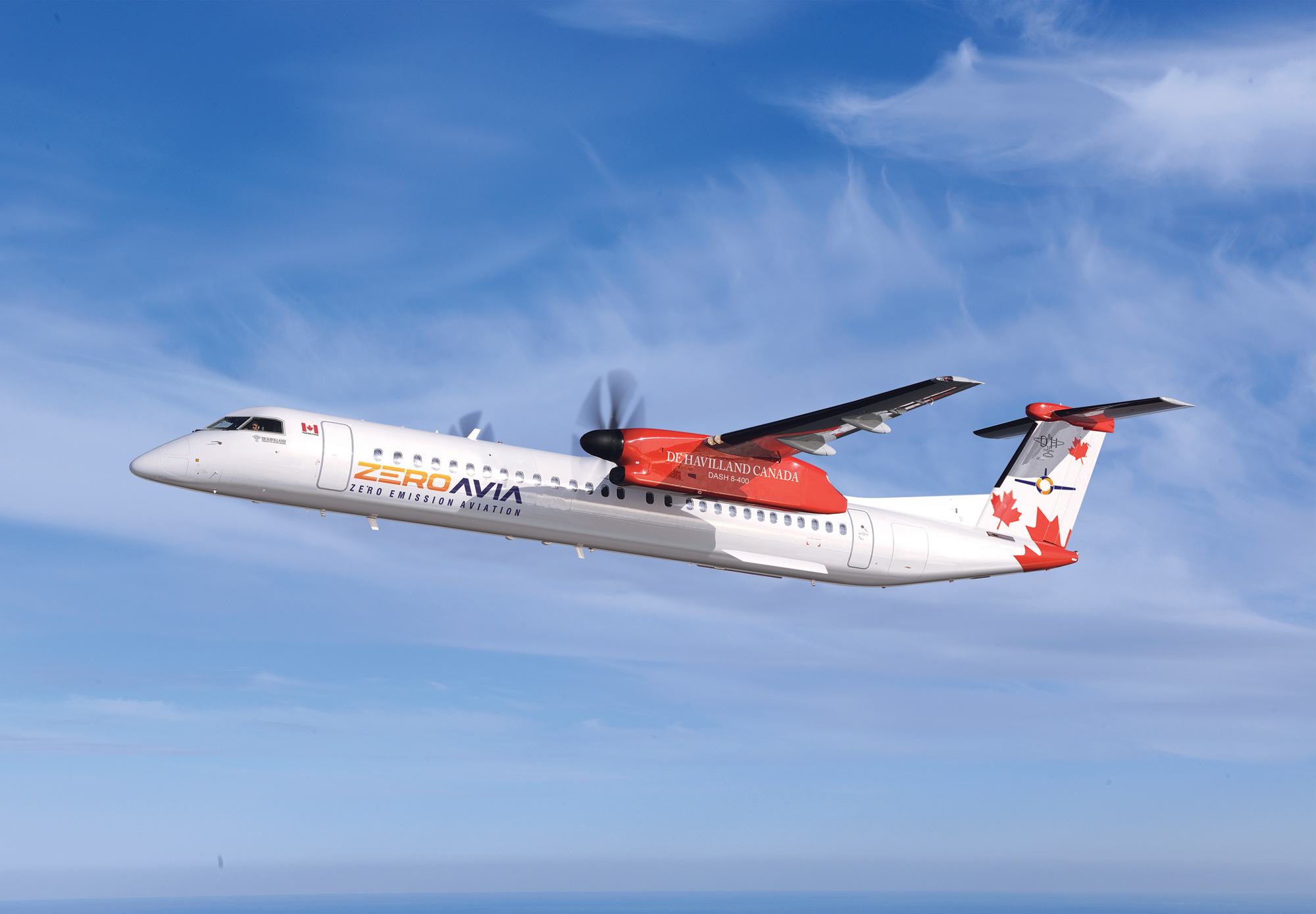 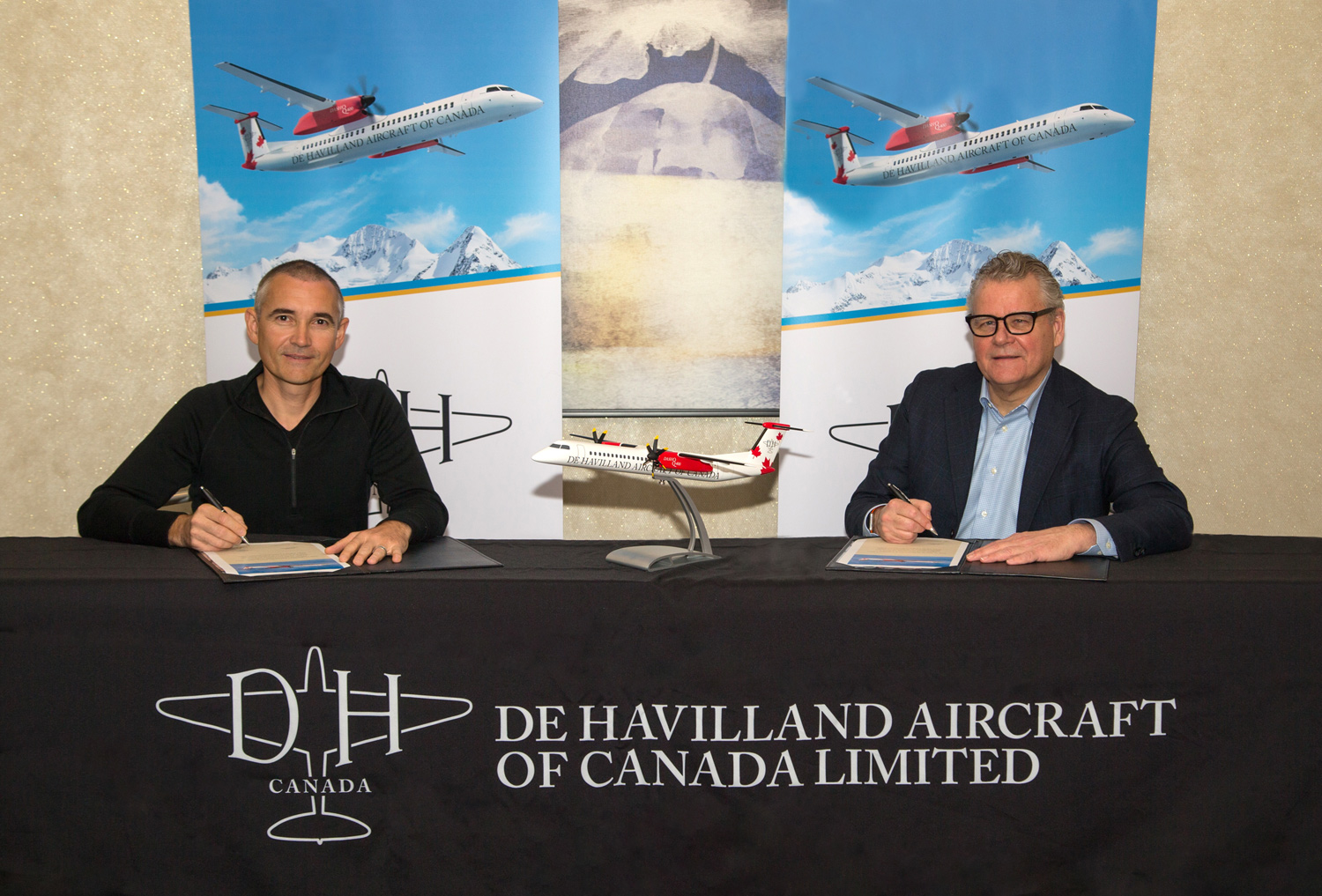 The companies intend to work together on a service bulletin for the Dash 8-400 type certificate offering ZeroAvia's hydrogen-electric engine as a line-fit option for new aircraft, as well as developing an OEM-approved retrofit program for in-service aircraft. This program will target the use of ZeroAvia's 2MW+ powertrain (ZA2000) for Dash 8-400 aircraft. The Dash 8-400 is one of the world’s most reliable turboprop aircraft with more than 625 delivered to customers. The global fleet of Dash 8-400 aircraft has logged over 11 million flight hours and transported more than 550 million passengers.

As part of the program, ZeroAvia will develop a flight demonstrator, with De Havilland Canada’s support, using a Dash 8-400 aircraft to aid certification and showcase the operational and commercial potential of the engine. The intention is to identify a suitable existing route utilising the aircraft and aim for entry into service within the next five years. ZeroAvia and De Havilland Canada intend to jointly market aircraft powered by the hydrogen-electric engines to operators with power-by-the-hour (PBH) support.

In October, ZeroAvia announced a development collaboration with Alaska Air Group, the parent company of Alaska Airlines, for a hydrogen-electric powertrain capable of flying 76-seat regional aircraft in excess of 500 nautical miles, starting with initial deployment into a full-size Dash 8-400 aircraft.

ZeroAvia expects to fly a 19-seat aircraft using its ZA600 powertrain in the coming weeks in a hybrid configuration (one conventional engine, one hydrogen-electric) before flying the same aircraft using only hydrogen-electric engines in 2022 and building to certification by 2024. On its ZA2000 program, ZeroAvia aims to have full thrust ground demonstrations of its 1.8MW engine variant by the end of 2022. From there, the company plans certification of its ZA2000 powertrain to support 40-80 seat aircraft with a potential range in excess of 700 nautical miles – about the distance from Toronto to Atlanta – by 2026, and eventually extending into aircraft up to 90 seats by 2027.

Val Miftakhov, Chief Executive Officer and Founder, ZeroAvia, said: “De Havilland Canada have made significant strides on emission reductions and shown a big commitment to greener aviation, and the next step is to go to true zero-emission using hydrogen-electric engines. Partnering with De Havilland Canada puts ZeroAvia on a defined pathway to line-fitting into new airframes and signals OEM appetite to make the switch to certified, zero-emission propulsion as soon as possible.”

Dave Riggs, Chief Transformation Officer, De Havilland Aircraft of Canada, said: “De Havilland Canada has a strong belief in hydrogen-electric technology as a viable solution for de-carbonizing aviation. We are extremely pleased to be collaborating with ZeroAvia in developing climate-friendly propulsion as an option for our customers around the globe.”

ZeroAvia is a leader in zero-emission aviation, focused on hydrogen-electric aviation solutions to address a variety of markets, initially targeting 500-mile range in 10-20 and 40-80 seat aircraft used for commercial passenger transport, cargo, agriculture, and more. Based in the UK and USA, ZeroAvia has already secured experimental certificates for two prototype aircraft from the CAA and FAA, passed significant flight test milestones, and is on track for initial commercial operations of its technology in 2024. The company’s expanding UK operations are supported by grants from UK’s Aerospace Technology Institute and Innovate UK, and ZeroAvia is part of the UK Prime Minister’s Jet Zero Council. For more, please visit ZeroAvia.com, follow @ZeroAvia on Twitter, Instagram, and LinkedIn.

De Havilland Canada’s portfolio includes support to the worldwide fleet of Dash 8-100/200/300/400 aircraft, as well as production and sales of the Dash 8-400 aircraft. With its low carbon footprint and operating costs, industry-leading passenger experience and jet-like performance, the Dash 8-400 aircraft, which seats up to 90 passengers, is the environmentally responsible choice for operators seeking optimal performance on regional routes. https://dehavilland.com

Images relating to this release are available here:
https://dehavilland.com/en/de-havilland-canada-and-zeroavia-announce-memorandum-of-understanding

For ZeroAvia in North America:

For ZeroAvia in Europe: